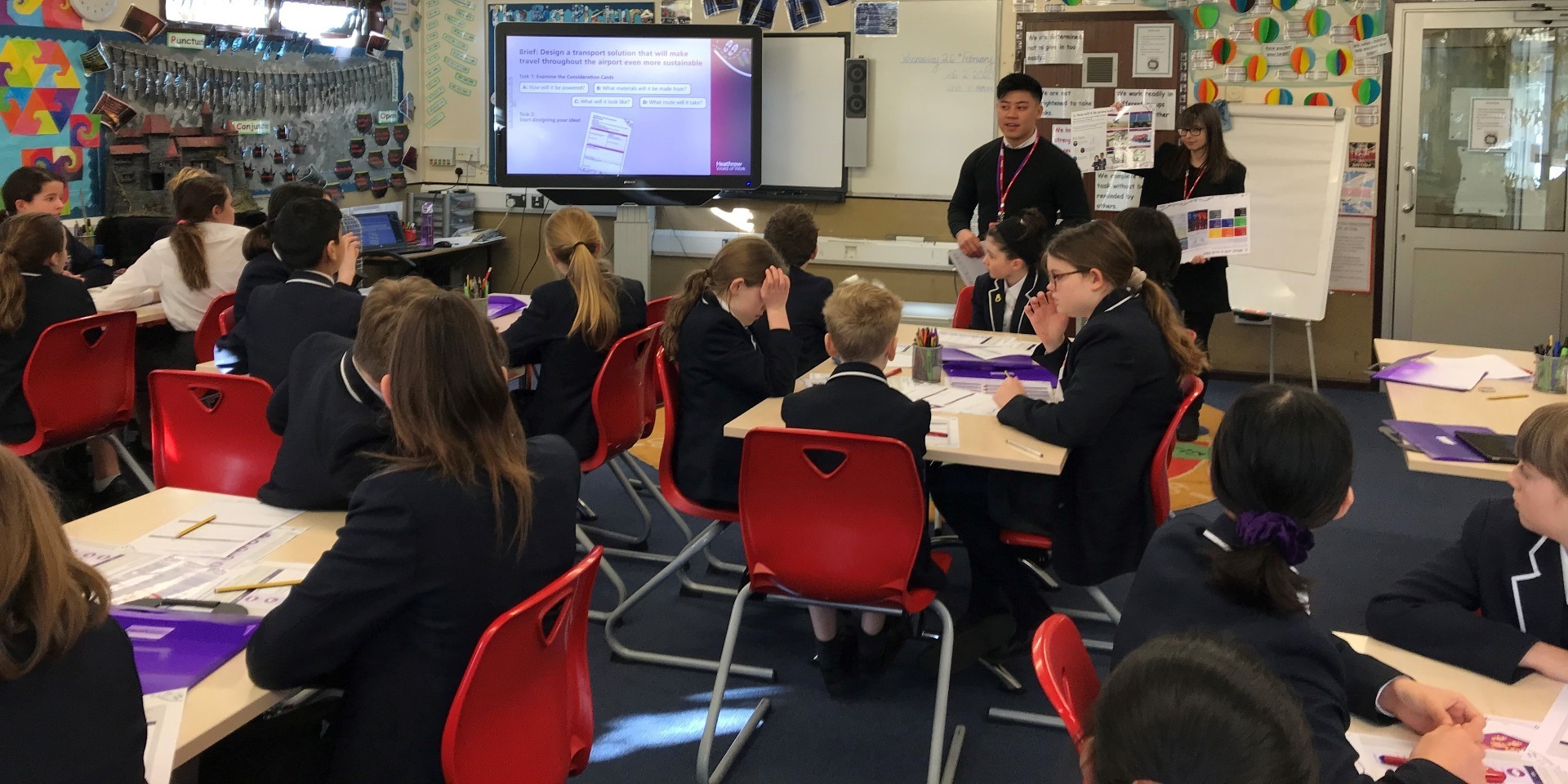 Posted on 31st March 2020 at 14:17
Heathrow Young Explorers, Heathrow’s new challenge for Year 6 pupils, has been piloted by Learning to Work in 14 schools across the local area from January to March 2020. The hands-on challenge is linked to the curriculum and has been established to inspire the next generation to consider a career at the airport.
Heathrow’s vision is to give passengers the best airport service in the world and in doing so, ensure we are as sustainable as possible. As Heathrow Explorers, pupils come up with a design idea for a transport solution that will make travel throughout the airport even more sustainable. The challenge provides an enjoyable way for Year 6 pupils to explore roles at the airport while developing the core Heathrow World of Work skills: problem solving, adaptability, teamwork, communication and creativity.
Each of the sessions had numerous Heathrow volunteers join from security officers, to the recruitment team to IT specialists and Chief Officers at the airport. These Heathrow volunteers gave the pupils a real-world experience and brought the activity to life.
The sessions were delivered to a group of 30 students at a time and students worked in teams of 3, they would each have a different role of a project manager, a designer or a presenter. They were given tasks throughout the session including to look at a map of Heathrow airport, and to map out the journey they would take from the carpark to the plane. This was to prepare them to plan what journey their passenger transport system would take through the airport later in the session. Students were given a skills passport to show how they were already demonstrating the key skills needed for a Heathrow employee and that they would be using in the session.
The Heathrow Young Explorers were given a demonstration on how to make a 3D shape in PowerPoint and with these new IT skills, and with a 3D image catalogue provided by Heathrow, they were ready to create their own 3D sustainable transport system for within the airport.
At the end of the session the students would a deliver a 90 second presentation on their transport design by answering 4 key questions:
• How was it powered?
• What materials will be it made of?
• What would it look like?
• What route will it take?
The winning team were chosen by the Heathrow volunteers and received a Heathrow themed prize each!
Tagged as: Mentoring, STEM
Share this post: